As if the COVID pandemic wasn’t enough, America might be in the middle of another epidemic – bed bugs – a pest that long has plagued many cities in the United States, emerging research has shown. But are bedbugs America’s biggest pest problem? What about ants and mosquitoes? How do spiders compare? And good ol’ cockroaches, where does that leave them?

Check out the most common insects and pesky pests that are trending state by state courtesy of Porch.com.

Analyzing the Data: Where Do Insects Bug Americans the Most?

We scoured the web to find the most common insect-pests in the United States and used Google Trends to determine the most common pest in each state. Then, we mapped out how prevalent different bugs are across the nation to work out what places in the US are the buggiest. Finally, we talked to an entomologist (that’s someone who studies insects!) to see how our data stacked up to knowledge of bugs in the field. (Pun not intended.)

Which insects bug Americans most?

According to Google search numbers, it’s bedbugs and it’s not even close. Bedbug pest control queries were most popular in 32 out of 50 states with an estimated 62,000 monthly searches across the nation.

Termites were second-most bothersome insect pests. They are top-of-mind in many states down South and Southwest, namely Florida, Georgia, Louisiana, Arizona, California, and others.

States in the North, on the other hand, were more commonly bothered by mosquitoes (e.g., the Dakotas) or ticks (e.g., Vermont and New Hampshire), which were most searched bugs for pest control in five and six states respectively.

Finally, Alaskans were most curious about how to control and/or exterminate wasps—the only state where this pesky insect topped pest control searches.

Oh no, Ohio! The Buggiest States in the US

Turns out, Ohio is where people are most bothered by bugs and insects, at least bothered enough to search for bug-related pest control a ton. This state had the highest search interest for pest control terms across top 10 insect pests with an estimated 8,480 searches per month!

And it’s no wonder that a state in the Midwest ranks so highly, says Lisa Anderson, a Research Entomologist and Entomology expert from Varsity Tutors.

”The midwest has a wide variety of crops that bugs can invade, as well as many water sources for bugs to proliferate.

Not only does the Midwest have a great climate for bugs to thrive, there’s also a wide variety of crops growing in the region which bugs can invade, as well as many water sources for bugs to proliferate.

“For example, Minnesota, land of 10,000 lakes, is a great breeding ground for mosquitoes, which are an irritant to many people.” She adds, “Not only are crops and water a great attractant to pests, but so is livestock… whether it’s from the manure, the animal itself, or the facility in which the animals are housed.”

Following Ohio in bugginess are DC, Arizona, Oklahoma, and Texas, all areas generally in the southern half of the country. There are around 6,000-7,000 searches for bedbugs, ants, and other insect pests on a monthly basis in each of those areas.

Finally, South Carolina, along with the nation’s three most populous states – New York, California, and Florida – rounded off the top 10, with anywhere between 5,000 and 6,000 searches for bug pest control every month.

As for why bugs are loving it in the south?  “The Southeastern US is warm all year round, which allows for bugs to produce generation after generation,” notes Anderson. “Rarely there is a cold enough winter to kill the eggs, larvae, pupae, or adults”.

Buggiest Cities in America, According to Google Search Data

Across US cities, Cleveland, OH was ahead of the pack with estimated 6,590 bug-related searches monthly, followed by Tulsa, OK with 5,820.

Top 10 cities with the highest number of monthly searches for bug pest control are largely in the Midwest and Southwest, with the exceptions of Greenville in South Carolina and Springfield in Maryland.

Curiously enough, of the biggest cities in America, only Chicago made the top 10 list with just over 4,000 monthly searches on the subject of controlling or exterminating various insects.

By The Bug: Which Insect Pests Irritate Americans the Most

Bedbugs and mosquitoes—these are the most prominent insect pests in the United States. While bedbugs dominate the concerns of Americans across states, here are how other pests rank in the monthly searches.

The Most Insidious Insect Pests in the United States

Ten bugs and insects Americans are most eager to exterminate, according to Google searches.Bug Index (Listed Alphabetically)

Because of their hard-working, dedicated nature, ants are incredibly difficult to get rid of once they find your way into your home. There are almost 10,000 searches on how to get rid of ants every month, with the greatest interest coming from California and Texas.

Echoing the sentiment of articles from the New York Times and Forbes about the growing number of bedbug infestations across the country, bedbug problems generate the highest number of searches among all other insect pests, about 62,500 per month. Based on the search data, the heart of the problem is in the Midwest with states like Ohio, Illinois, and Kansas.

Quite the opposite of a pest in many people’s opinion, bees contribute to us being able to grow food and crops through pollination. And yet, there is a certain amount of interest in exterminating them, to the tune of 15,300 monthly searches. A lot of them come out of Arizona.

According to entomologist Lisa Anderson, a high number of bee extermination queries points to the lack of awareness of bees and their benefits to agriculture, environment, and society at large.

In her words, high volume of searches for exterminating bees “…is the unfortunate consequence of not being educated about bees and wasps. Bees are so beneficial to our environment because they pollinate many of our crops, flowers, and trees.”

Already in decline as a species, Anderson warns bees are often confused for wasps or hornets, which often feature in news media stories as dangerous insects. 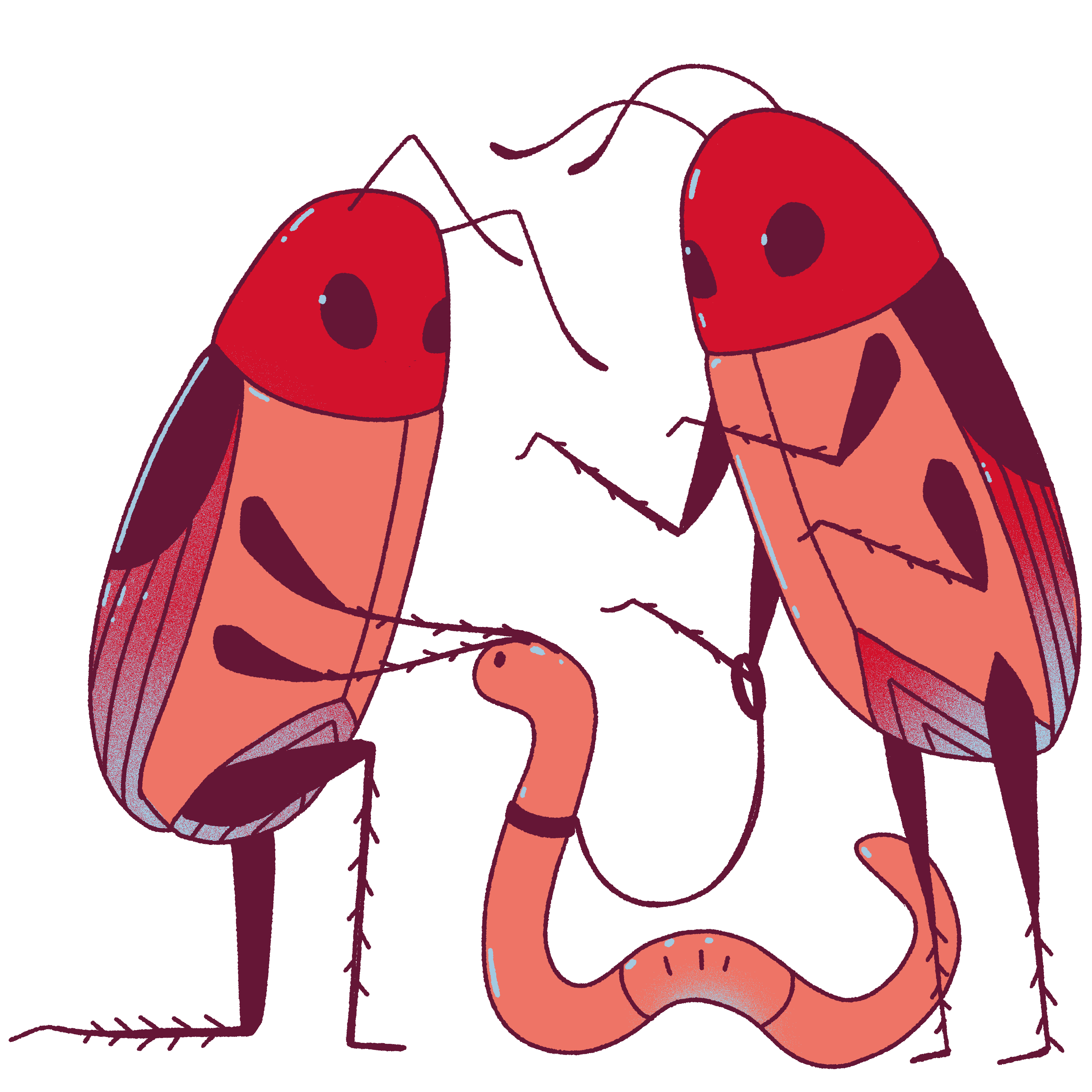 Known for their extraordinary ability to survive almost anything, cockroaches or roaches can be tough to remove from your home. On the upside, the number of searches around exterminating cockroaches seems to be comparatively low at 3,800 a month—hopefully a sign of a subsiding problem.

The source of constant annoyance with their incessant buzzing on summer days, flies are one of the most common pests. Likely because they’re relatively harmless, there were only 1,890 searches per month aimed at exterminating them, peaking in the state of Louisiana.

Nothing to undermine a warm summer evening like being bitten by mosquitoes, right? A problem driving over 24,000 searches a month, it’s most acute in states with access to water and high humidity, which are most states on the Eastern Seaboard.

According to experts, spiders are “more-useful-than-harmful” creatures, yet spiders manage to scare and/or bother quite a few Americans. Over 3,500 searches on how to get rid of them take place every month, with hotspots in Texas, Utah, and Kansas.

They might not be your conventional household pests, but for those who live in areas close to forests or dense greenery, ticks are a real problem. Enough a problem to have over 23,000 monthly searches around how to deal with them.

States that are most affected by ticks are Vermont and New Hampshire, both with over 1,000 tick-related searches per month.

Known as the bees’ more aggressive cousins, wasps also take part in the all-important pollination, yet are better known for their painful stings. With a total of 4,800 monthly searches across the country, it’s in Texas and Alaska where the interest in exterminating them is the highest.

Protect Your Home: What You Can Do Before Calling Pest Control

To protect your home and your family from bugs, try the following tips:

To combat mosquitoes, make sure to get rid of stagnant water. This can lead to a great breeding ground for mosquitoes.

Stagnant water can be found in water cans, bird feeders, or old buckets and should be emptied out. Adult mosquitoes lay eggs in water which is where they hatch and turn into pupae, then larvae, then finally adults and the cycle continues as long as there’s a stagnant water source.

To avoid attracting cockroaches, vacuum your home regularly, ideally every other day. This gets rid of crumbs and other sources of food for these creepy critters, and is worth the hard work!

For bed bugs, look out for signs of bed bugs when travelling. In hotels, make sure to put your luggage up high off the ground and do a search for any evidence of bed bugs, such as reddish or rusty spots of blood, or small dark dots on hotel beds. This way, you can reduce the risk of coming into contact with bed bugs and bringing them back into your own home.

For all pests, another good idea is to inspect your home and close or fill in any small holes or gaps in walls, floors, or ceiling, where bugs can enter. This will help to prevent bugs from getting into your house

The growing spread of bed bugs is grabbing headlines and it’s equally reflected in the search trends. While problems with mosquitoes and termites continue to persist, the relatively high interest in exterminating bees is a concern.

On the contrary, a low number of searches for dealing with flies or cockroaches offers some reassurance that some pests may be loosening their grip on American households. Finally, are you curious what options you have for getting rid of bugs? Always make sure you talk to a real expert.